A folding knife is a great tool for every-day carry, but there are many tasks that a folding knife isn’t very good at. If you try to use your blade as a prybar, scraper, or screwdriver, it’s likely to become dull and may even break. It’s therefore handy to have a small multi-tool to fill in for these and other daily tasks, preserving the edge on your primary knife. Gerber recently released a pair of versatile multi-tools that are small enough to fit in any pocket: the Gerber Armbar Drive and Armbar Cork. 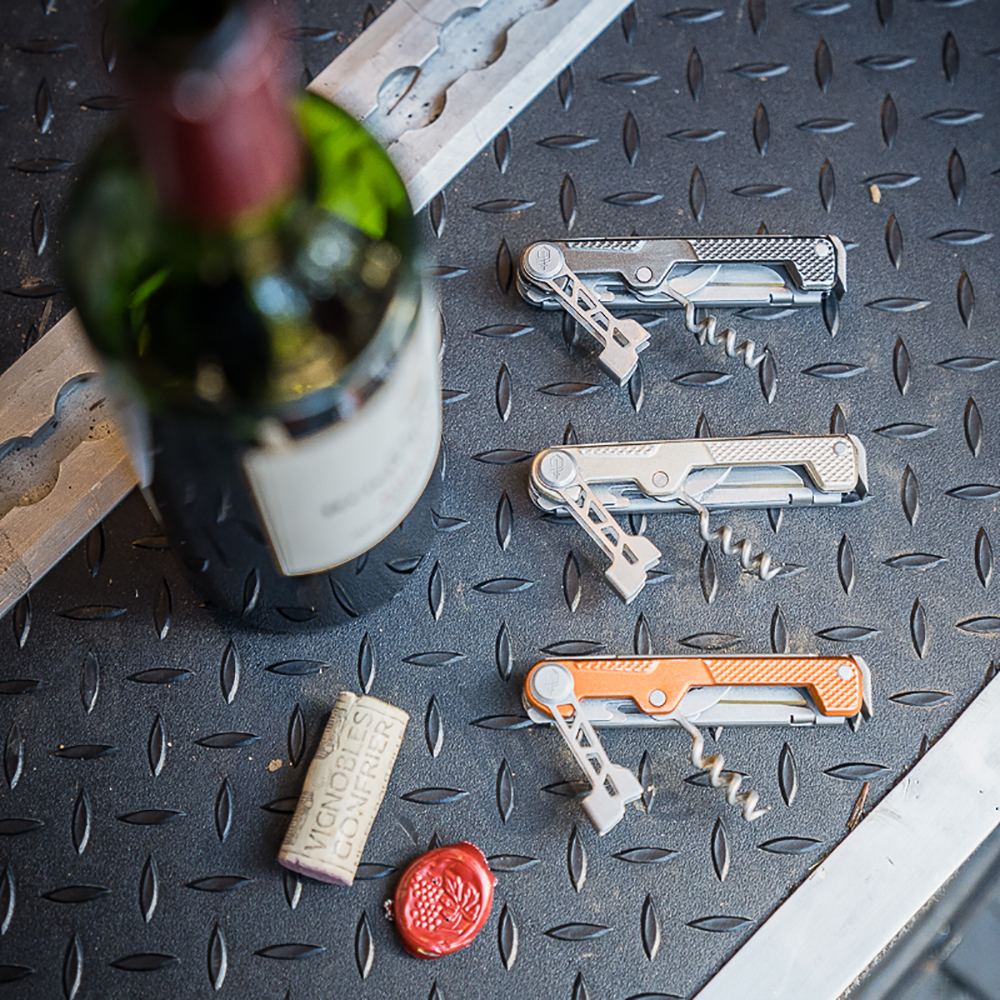 As you can guess from the names, these tools feature some similarities, but also differ in their primary purpose. The Armbar Drive has a folding bit driver that’s reminiscent of the one seen on Gerber’s Center Drive series of full-size multi-tools. It includes a reversible Phillips/flathead screwdriver, but can also be used with other standard hex bits like those that come with the Center Drive. It also features a 2.5-inch blade with frame lock, scissors, and an awl. The end of the handle features a prybar/bottle opener that folds away to serve as a hammering surface. The Armbar Cork, on the other hand, is designed for wine connoisseurs. It features a corkscrew, foil cutter, and can/package opener. There are also the standard folding knife, scissors, and prybar/bottle opener/hammer. Both variants of the Gerber Armbar are available in Onyx black or Orange, but each features a unique color option — Urban Blue for the Drive and Shimmer Gold for the Cork. MSRP is $39. These tools are expected to be available in Spring 2020 on GerberGear.com.